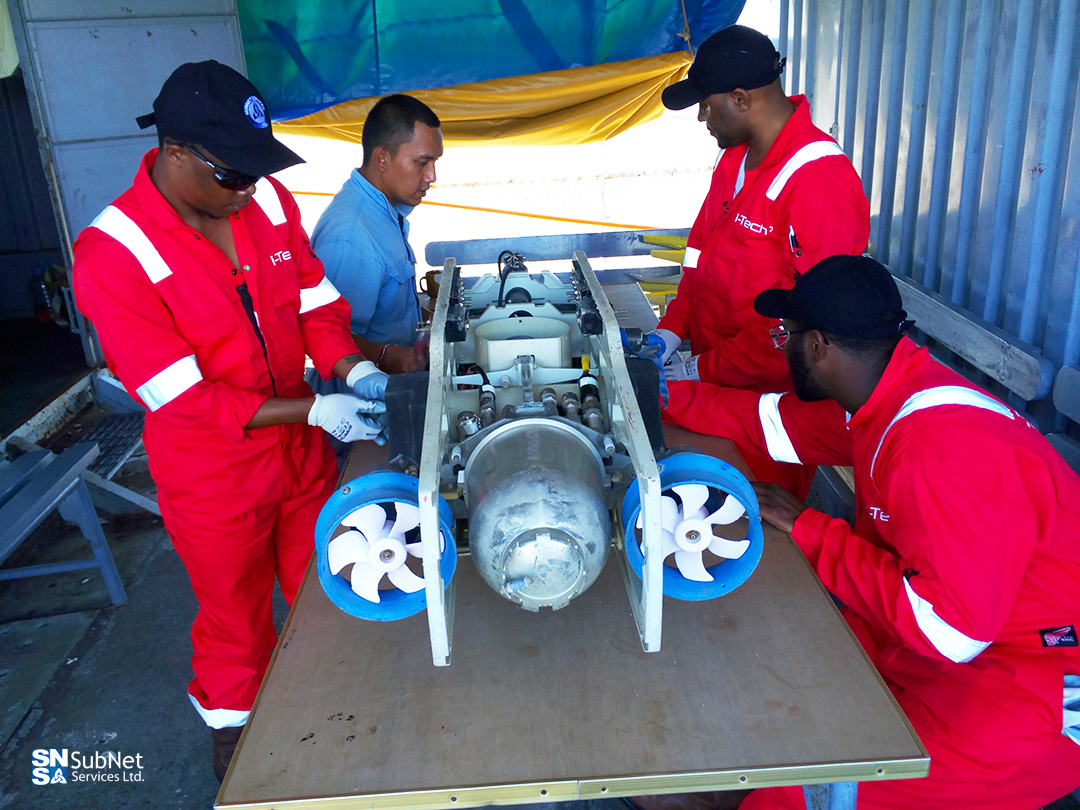 Over the last 20 years or so, ROV pilots and technicians have had to master more and more trades and skills.  In these days of small operation teams, working with more complex systems, usually far from home, they are expected to keep all their equipment at 100% availability, as well as use their special skills in navigating their vehicles safely and surely around all the hazards of the subsea environment.

What is a ROV?

ROV stands for remotely operated vehicles, which are primarily used for subsea operations. In simple term, a ROV is an unmanned subsea robot used in performing a wide variety of jobs underwater. ROVs are used extensively both in the initial construction of a subsea development and the subsequent repair and maintenance jobs.

A typical setup includes a control room (to pilot or control the ROV), workshop (to carry out repair and maintenance work), ROV itself, TMS (Tether Management System), subsea umbilical, winch, and an A-frame (for launching and recovering a ROV).

Scope of Work in ROV Industry

ROVs are typically stationed onboard a vessel or an oil rig and are launched whenever a subsea work needs to be performed. Typically, the staff for a single system comprises of three people each for a 12-hour shift with work duration of one month, followed by a month-long vacation. However, it may vary as per the job or the company requirements. Work scope includes launching the ROV, piloting to perform the intended job, and maintaining the equipment onboard.

It depends on the company whether the team will be two or three men or more, as long as there will be a pilot (the person in charge of flying the ROV), a co-pilot (in charge of assisting the pilot), and a deck operator/s (in charge of launch and recover of the ROV). All of them should be a ROV pilot/technician.

Working as a ROV technician or a ROV pilot is very challenging, mostly because ROV is an indispensable part of the oil rig and has to be in working condition at all times. If a ROV breaks down, it can cost a fortune to the oil rig; thus, ROV technicians have to be on their toes all the time, ensuring that the ROV is 100% ready for operations.

ROV is a mechatronic robot, meaning it comprises both mechanical/hydraulic and electronic components. A graduate in Electronics, Mechanical, Electrical, or Marine courses are usually the right set of people for this job. This also may vary as per the company requirements. One typically starts as a junior technician and can rise up to become a ROV Supervisor.

Technically, a ROV pilot/technician is a two-job in one person. First half is being a pilot (controlling the ROV from the surface to perform underwater tasks) and the second half is being a technical person to maintain the ROV in good condition.

Responsibilities of the ROV Personnel

In terms of flying a ROV, one should have/be:

Keeping the ROV in good condition is another responsibility of the ROV personnel.  They have to make sure the system works 100%. To avoid down time (like a job is stopped because the ROV is damaged or some parts of it are broken), a series of prevention and maintenance tasks have to be done on the system including:

As a ROV Pilot’s Standpoint

One of the challenges I encountered during flying a ROV was the water ingress at the imaging module. I have to fly the ROV back to the recovery area as quickly as possible while following the proper procedure to keep it safe from hazards and risks.  The team successfully recovered the ROV safe and sound. Good thing I had a cooperative team and a strong ROV flying training, I managed to do the job under pressure without compromising the ROV system.

Flying a ROV is not just about moving around underwater. There is a big responsibility of taking care both the equipment and personnel. It requires coordination, positive attitude, patience, and common sense to be able to perform the task at hand successfully. 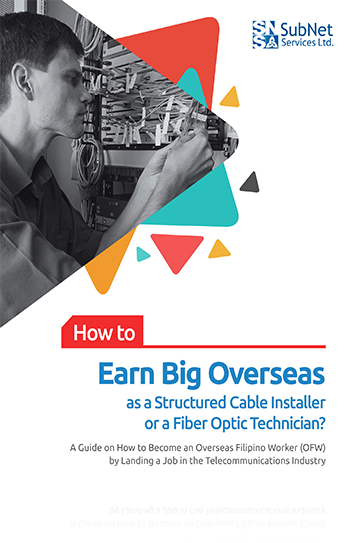 Get your FREE copy!

Keep in touch with us